Another book launch at the local though I’m not attending this one. That’s a definate – no if’s nor buts. On a work day and I’m reluctant to take any days off until my final curtain call in coming weeks, plus I overdid it at the charity Bookfest last weekend. Take a peek…. 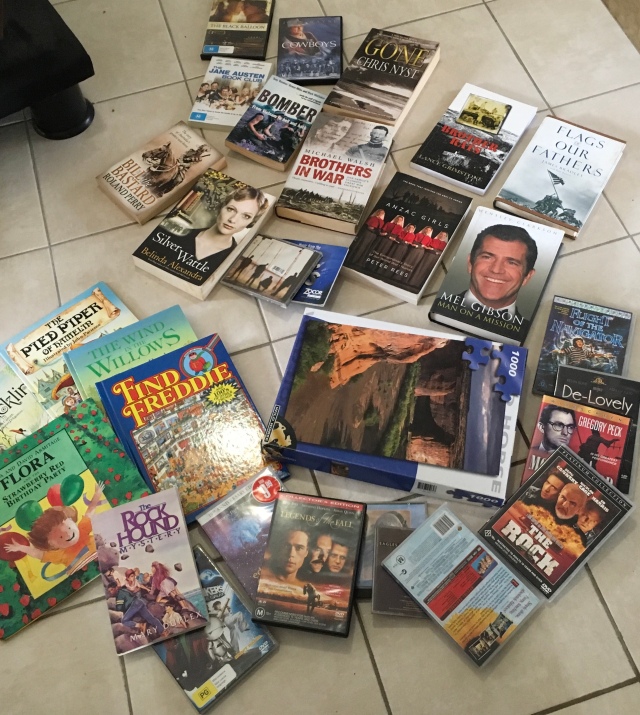 Peter Phelps is an Australian actor who made his name in some truely dreadful Australian soapies back in the late 70’s. You know, the kind that gets lapped up. He has recently written a book about his grandfather, Tom Phelps, who seventy five years ago survived the other Kokoda Track, the Bulldog Track, in PNG.

Never heard of The Bulldog Track? Neither had I! Back in the 1940’s work was scarce in Australia and many of those men who were too old to go to war, found work in the goldfields of New Guinea. Of course, no one was expecting the war to come to the Pacific, but it did, and the Japanese took the northern cities of New Guinea.

As word of the invasion and the atrocities being committed spread, Tom and his fellow workers, men of differing nationalities, trades and professions, were caught in the middle of it all. After the airfield was bombed, the Australian military told them to get out via the ‘other’ Kokoda Track. They set off through the jungle into the unknown.

The Bulldog Track is some one hundred kilometres due west of the famous Kokoda Track and crosses some of the most rugged and isolated terrain in the world, combining hot humid days with intensely cold nights, torrential rainfall and endemic tropical diseases such as malaria. Bulldog Track was longer, higher, steeper, wetter, colder and rougher than Kokoda Track.

Peter Phelps shares the story of Tom’s escape via foot, canoe, raft, schooner and rat cunning which were documented on Tom’s pith helmet in indelible ink that he wore during the duration.

Phelps Junior as a young man was in an Australian movie which made a huge impression – and yes, partly because of his poor acting. The Lighthorsemen is a 1987 film about the men of a World War I light horse unit involved in Sinai and Palestine Campaign’s 1917 Battle of Beersheeba. The film is based on a true story in which 800 young Aussie horsemen obey the order to gallop their horses across three miles ( that’s longer than the Melbourne Cup!) of open desert into shell fire and machine gun fire. Of course they succeed. There wouldn’t be a movie otherwise. They break through Turkish defences to win the wells of Beersheba. 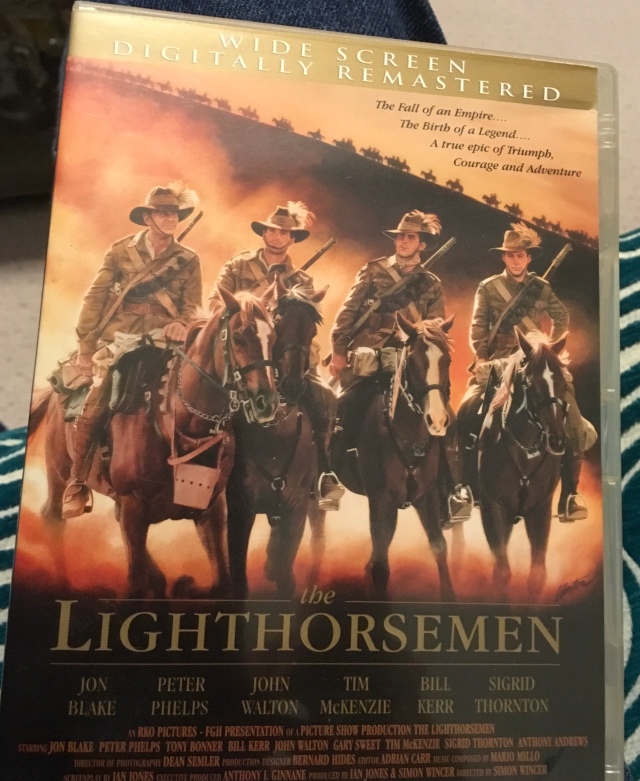 In all this blood, guts and way too much mangled equine flesh to mention Phelps has a romance with an Aussie nurse, who was played by Our Sigrid, who was the belle of the ball before Our Nic. Talk about stuffing up a good yarn.

So, no, I won’t attend the lunch, though I’ll probably order a copy of the book.

5 thoughts on “The Bulldog Track by Peter Phelps plus some”